Northrop Grumman unveils the B-21 nuclear bomber for the US…

Following their evacuation from Ukraine, a group of Egyptian students has arrived at Cairo International Airport. There are still several Egyptian students who need to be brought home. During a phone-in, Salah Abdel Sadek, the Assistant to the Minister of Foreign Affairs for Immigration and Consular Affairs, reported that 466 Egyptian students have left Ukraine and remain in neighboring countries. 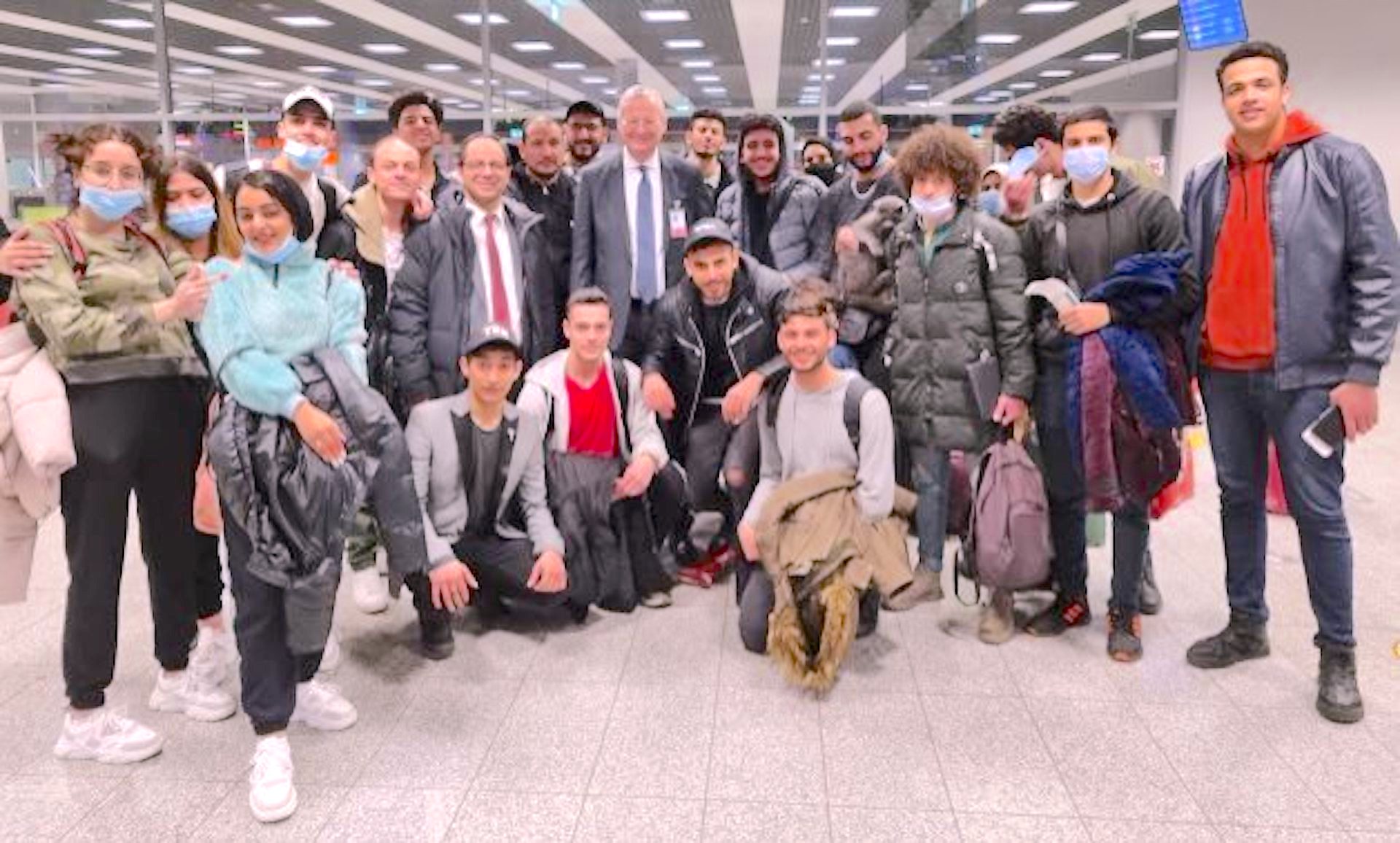 The breakdown is 373 students in Romania, and 93 others in Slovakia. The diplomat noted that those will be flown back on the jets that will transport Ukrainian tourists from Egyptian resort towns to those same countries free of charge. Ambassador Abdel Sadeq added that Egypt’s envoy to Budapest is currently preparing a list of students who fled Ukraine and want to be returned to Egypt. He further pointed out that 49 students had come back to Egypt on their own, without requesting help.

The Cairo International Airport recently received a flight carrying 181 students who fled Ukraine to Romania, while another flight brought back 177 students from Poland. 4,000 Ukrainian tourists have so far been transported from Egypt to neighboring European countries on flights operated by EgyptAir and Air Cairo, according to Cabinet Spokesman Nader Saad.

Minister of Immigration and Egyptian Expatriates Affairs Nabila Makram stated last week that a total of 1,000 students were expected to arrive in Romania from Ukraine. The Ministry of Foreign Affairs announced it is following up on the evacuation of 5,000 Egyptian citizens living in Ukrainian cities, including 3,000 students.

Sahar Nasr joins the board of directors of Helios Fairfax

The Egyptian football team prepares for a revenge match against Senegal

CGTN: Xi tells Biden: We must put China-U.S. ties back on right track

First coral insurance in the U.S. marks the rise of reef brigades

London Gatwick gets a third daily flight from Emirates