Bangkok hosts Asia-Pacific leaders for a conference on trade…

Abdel Fattah El-Sisi and the First Lady received President of Poland Mr. Andrzej Duda and his wife at Al Ittihadiya Palace today. Both Presidents inspected the guards of honor at an official reception ceremony. According to the Presidency’s spokesperson, the two Presidents held bilateral talks followed by an expanded session attended by the two delegations. The President of Egypt welcomed the visit of the Polish President to Cairo, which is particularly significant since this is the first visit of a president between the two countries, despite their long-established diplomatic relations. 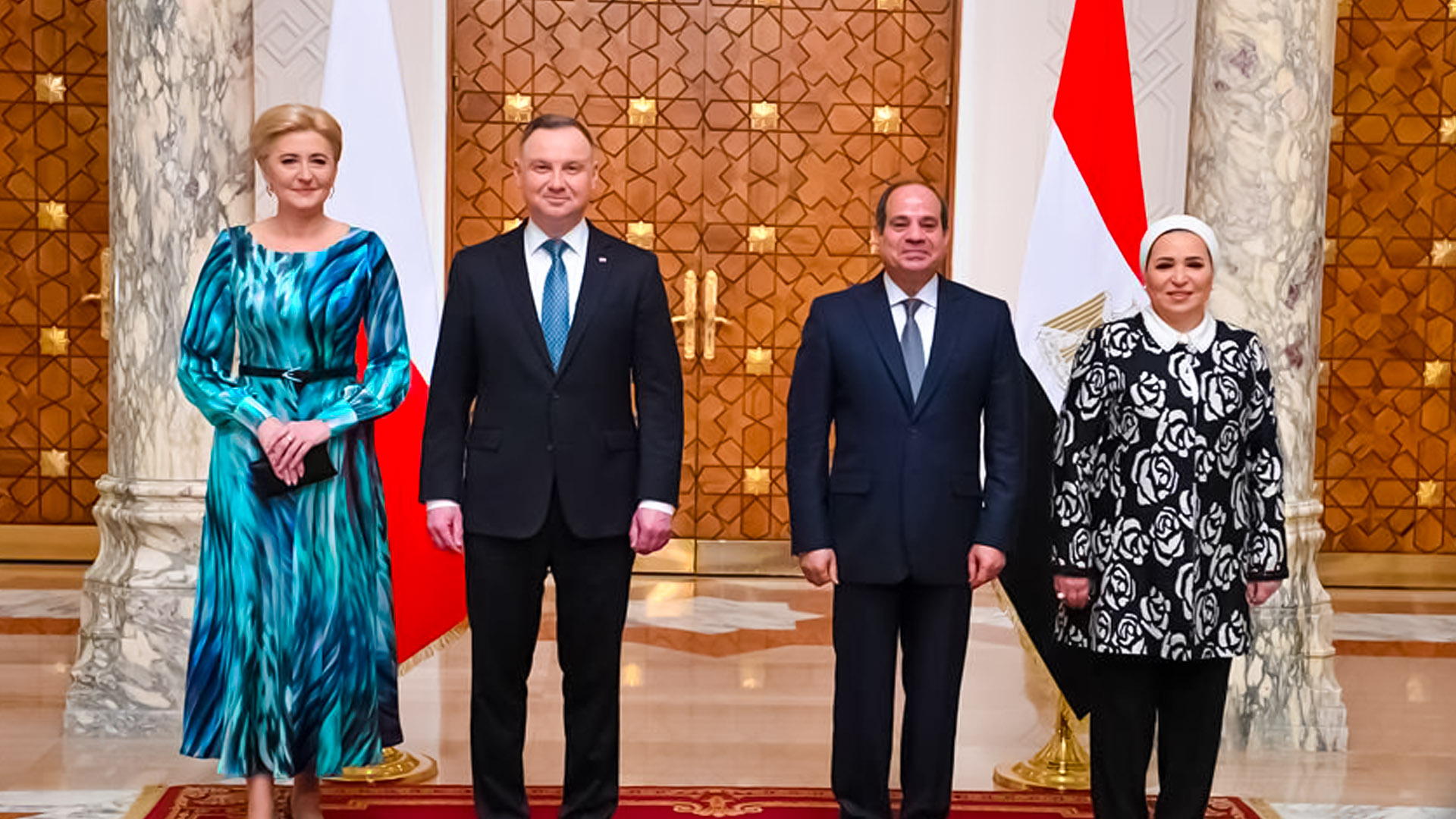 As part of El-Sisi’s remarks, he noted that the visit at this critical time reflects the importance that both sides attach to bilateral relations and their shared interest in promoting them towards broader horizons and a more distinguished level. Additionally, the President expressed Egypt’s keen desire to strengthen cooperation with Poland within the framework of the Visegrad Group. This group, in addition to Poland, also includes the Czech Republic, Hungary, and Slovakia, so as to strengthen ties between Egypt and this key regional group. Because the group includes friendly countries with similar priorities to Egypt, especially in the areas of fighting illegal migration and capacity building.

The Polish President expressed Poland’s sincere appreciation for its long and distinguished historical relations with Egypt. He stressed Poland’s desire to continue to advance those relations in light of what Egypt represents as a fundamental and critical pillar for Middle East and Mediterranean stability. Due to the Egyptian economy’s steadfastness despite various global challenges and crises, and the enormous investment opportunities in Egypt, particularly in the Suez Canal Economic Zone (SCZONE).

Following the conclusion of the meeting, the two Presidents witnessed the signing ceremony for a number of Memorandums of Understanding (MoUs) between the two countries in the area of economic cooperation, diplomatic training, sports and agricultural research.

Messi sets up an Argentine-Dutch match-up in the quarterfinals